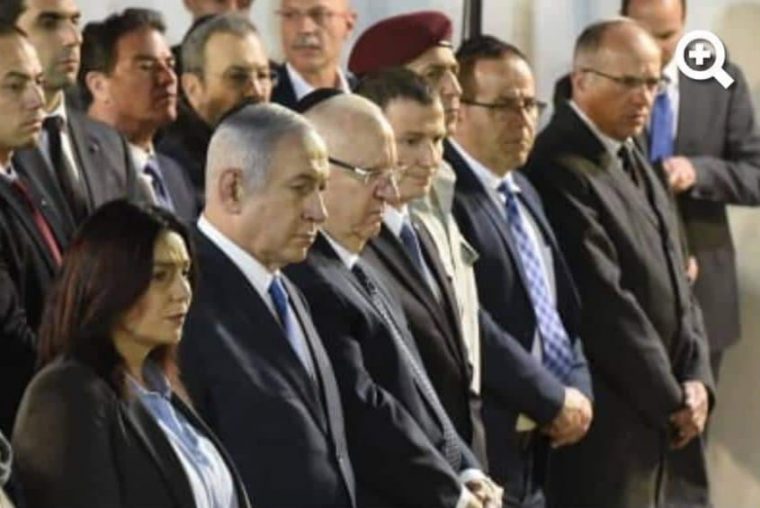 Yesterday, IDF Chief of Staff Aviv Kohavi proclaimed that Israel is considering taking military action against Iran’s nuclear program: ““Iran can decide that it wants to advance to a bomb, either covertly or in a provocative way. In light of this basic analysis, I have ordered the IDF to prepare a number of operational plans, in addition to the existing ones. We are studying these plans and we will develop them over the next year.  The government will of course be the one to decide if they should be used. But these plans must be on the table, in existence and trained for.”

The IDF Chief of Staff also condemned the possibility of the US returning to the Iranian nuclear deal under the Biden administration: “The Iran of today is not the Iran of 2015 when the deal was signed. Iran now is under enormous pressure — financial pressure, massive inflation, bitterness and unrest in the population, whose salaries have tanked — because of the American sanctions. These pressures must continue. No matter what happens. Anything that releases that pressure gives them oxygen, gives them air and will allow them to continue to violate the current agreement.”

Following these statements, MK Ayoob Kara proclaimed: “I commend the IDF Chief of Staff regarding his firm stance on the Iranian threat, which undoubtedly expresses the required consensus in Israel.  The countries with which we signed peace agreements with recently are also part of this consensus.  The attack upon him stems from a political rather than a security consideration.  I am sorry that various officials are relating to the IDF Chief of Staff’s statements.  It is political and for them dangerous when his message conflicts with their agenda or when his words are identical to government policy.  The IDF remains the most important asset to Israel.  Please leave it out of the political debate.  Enough damage has been caused.”