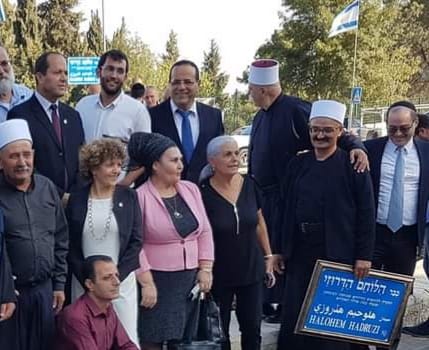 As we speak, Muslims around the world are celebrating the Feast of the Sacrifice, otherwise known as Eid Al Adha. In honor of the occasion, Ayoob Kara, who served as Israel’s Communication, Satellite and Cyber Minister, stated: “The holiday preaches about the greatest sacrifice that ever existed.”

According to Kara, Muslims are commemorating “a father who wanted to sacrifice his son because of his true and deep faith in Allah.” In honor of Eid Al Adha and after Tisha B’Av, Kara called upon all to stop the hatred, as it is the greatest threat to us all.

“I wish you a holiday full of love, friendship, success and most importantly, health and happiness,” he added.