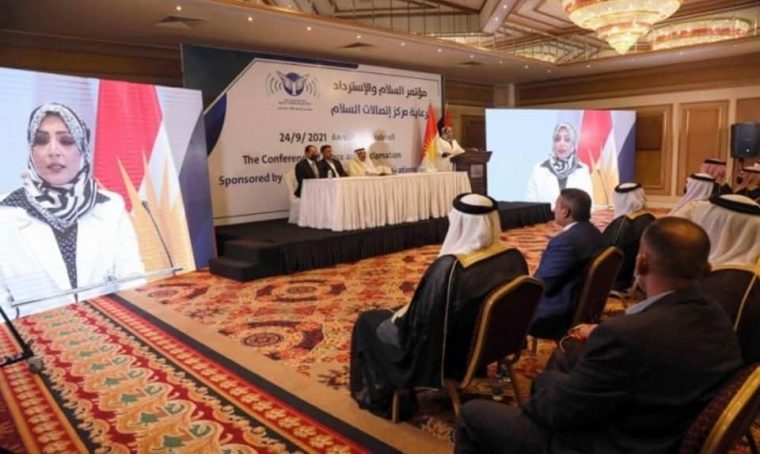 Last night, Ayoob Kara, who served as Israel’s Communication, Satellite and Cyber Minister, praised the hundreds of Iraqis, who attended the first Erbil peace conference that called for Iraq to join the Abraham Accords and to cooperate with the Jewish state.

“I am proud of you Mrs. Sahar Atlai, director of the Research Institute of the Iraqi Culture Ministry and my good friend Mithal Al Alusi, head of the Al Nahda Party,” he added.

Kara praised these Iraqis for valuing the lives and prosperity of Iraqi citizens over the terrorism orchestrated by the Iranian militias, “who would wipe out any country.” Kara called upon the Iraqi Prime Minister to join the Abraham Accords and to make peace with the Jewish state.

One of the arrest warrants was issued to Mithal Al Alusi as well, who took part in the Erbil peace conference hosted by the Center for Peace Communications. According to these reports, the Iraqi court warned that they would issue arrest warrants for all attendees of the conference, once their identities became known.