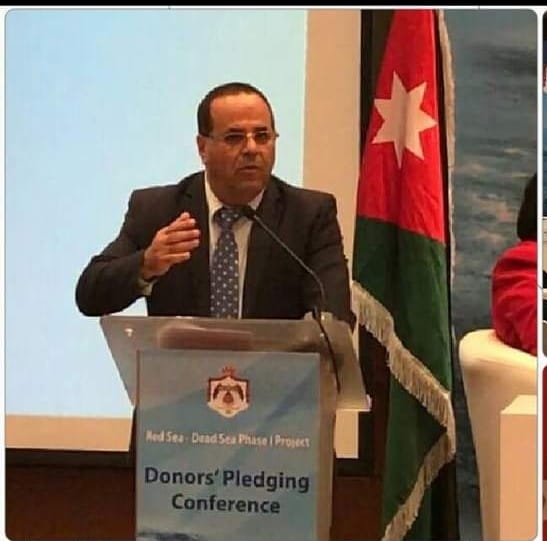 Last week, it was reported that Jordan opened up its main border crossing with Syria. According to a report in Al Jazeera, the Syrian government is hoping that increased relations with its neighbors can help them to economically recover from their devastating civil war: “The Arab states cut ties with Syria during the war, which the United Nations has said killed at least 350,209 people.”

According to the report, the opening up of the Jordanian-Syrian border is also accompanied by Jordan, Lebanon, Syria and Egypt reaching an agreement for Egyptian natural gas to be sent to Lebanon via Syria. “The aim of these understandings is to boost trade exchange between the two countries to achieve the interests of every party,” Jordan’s minister of industry and trade, Maha Ali, told state-owned al-Mamlaka television.

Following this development, Ayoob Kara, who served as Israel’s Communication, Satellite and Cyber Minister, stated: “On the same day that Jordan and Syria agreed to open up the borders, I traveled there for I wanted to see the Syrian refugees from the Druze nation who have the chance now to cross the border.”

According to Kara, “Jordan can now help them on humanitarian grounds. For many years, the Jordanians closed the border. They did this because of the Iranians. They did not want any chance that the Iranians or anyone who supports the Iranians would cross the border. What happened now after the visit of the leader of the army of Syria to Jordan, I think that they agree that it is good for both sides to open up the border after so many years.”

“There are millions of Syrian refugees in Jordan,” he noted. “They cannot go to the other side. If they go to the other side, they cannot come back to Jordan. This adversely affected the Druze, the Yezidis, the Christians and others, who could not cross the border.” Thus, by opening up the border, Kara noted that Jordan is assisting the minorities in Syria.

Kara also noted that the fact that the border opened up shows a shift in the Assad regime’s policy: “The improvement in Jordanian-Syrian relations means that the Syrians are thinking that the Iranians are a problem.”

According to him, many countries in the Middle East view Iran as an enemy now including the United Arab Emirates which recently made a statement about this: “This means that Israel is not alone against Iran. This gives more power for Israel to integrate, for the Emirates and other Persian Gulf states have the same enemy.”