Economic Peace Center > Articles > Kara: “I was the Druze officer beside Anwar Sadat”

Kara: “I was the Druze officer beside Anwar Sadat” 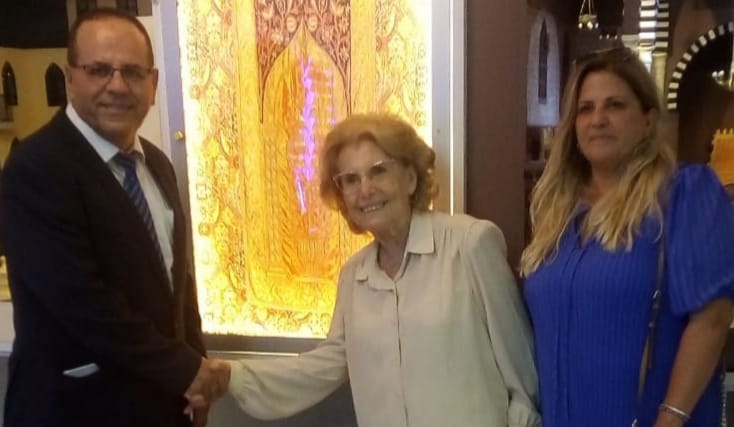 In a recent Facebook post, Ayoob Kara, who served as Israel’s Communication, Satellite and Cyber Minister, noted that he visited the World Center on Egyptian Jewry in Tel Aviv, where he met with Egyptian Jewish activist Levana Zamir, where he learned about the history of the Jewish people in Alexandria, Cairo and other Egyptian cities.

According to him, “I told Mrs. Zamir that Al Sisi is considered the greatest Egyptian leader, who saved his country from the Muslim Brotherhood. If it were not for him, then the likes of Hamas would have controlled everything from Cairo to Gaza. This would have adversely affected all the countries in the region.”

Zamir told Kara that the “Jewish nation was born in Egypt.” In response, Kara told her so was the Druze nation: “They were part of the Israeli nation from the beginning during the exodus. After the Second Temple period, there are those who stayed in Egypt starting with Al Hakim. He was the leader of the Druze nation. For a long time, they lived in Egypt. But the basic history of Egypt is the Copts. They were the majority in Egypt for thousands of years. After Al Hakim, the Druze left to the north and became the Druze nation in Syria, Lebanon and all the area.”

“For this reason, Egypt is important for the history of the world, more than any other place and it was not only because of the exodus story,” he noted. “The pharaohs were very dominant leaders for the entire world for many years. Till today, all of the archeologists look to Egypt when studying the history of the region.”

According to Kara, “For this reason, I am very sorry that the Muslim Brotherhood became dominant in Egypt. They are not part of Egyptian society. They slowly came step by step to be the majority of the society. But they come from a different place, as Egypt is a very rich country. The Niles River is important not only for Egypt but all of Africa. The Muslim Brotherhood came from different states to Egypt. They are extremists. They want to make Egypt more Islamized. The citizens do not like this. Most of the time the army and leadership do not support the Islamization. But, this is the big problem in Egypt for every leader, including when Mubarak was in power.”

“The mistake of Obama and Clinton was that they thought there could be in democracy in Egypt,” he noted. “But there is no way. There can only be a religious dominant party that is democratically elected. But fortunately, now the civil regime is dominant. Without Sisi, millions would not have food. He changed everything. He is a very patriotic Egyptian, who cares about his citizens. He does the right steps. We do a lot to help build a bridge. Whoever speaks Arabic, they have much respect from the state of Egypt.”

According to him, “I know when the Egyptian Ambassador came to Israel, he first of all visited the World Center for Egyptian Jewry. This is respect that he comes to the center and speak with all the management. Both Egyptian Jews and the Druze love Egypt. There were many people who left Israel and went to Egypt illegally, for they like the culture, the Arabic singers, etc. There are many Druze and Egyptian minorities that they do everything to be there.” For this reason, Kara praised the peace agreement that the late Anwar Sadat signed with Israel and stated with pride that he was the Druze officer who was assigned to be beside him due to his knowledge of the Arabic language: “This is for the history.”