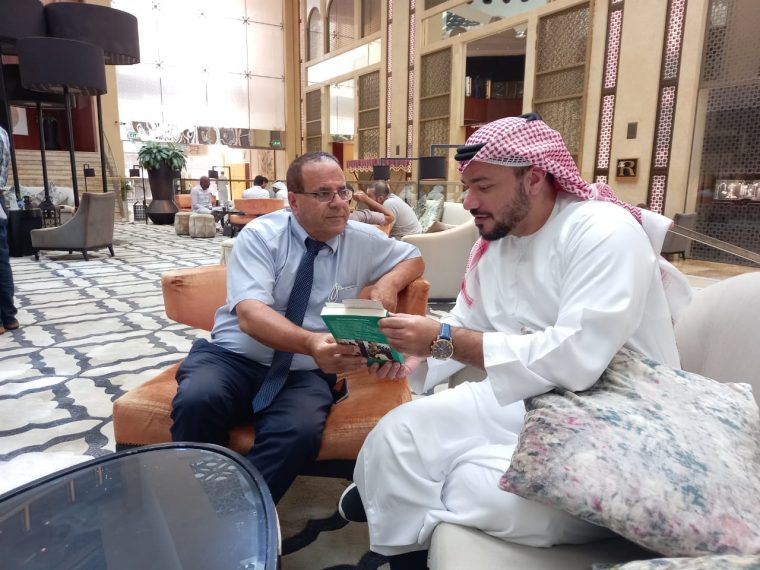 Numerous videos online have showcased videos of Rabbi Ya’akov Herzog in Riyadh. Calling himself the chief regional rabbi in KSA and the Arabian Peninsula, he posted pictures of himself as a Haredi man dancing with a Saudi man in traditional Arabian dress. Thousands of viewers have reacted to the video, including Ayoob Kara, who served as Israel’s Communication, Cyber and Satellite Minister.

“I welcome Saudi Arabia and the Crown Prince Mohammed Bin Salman for his statements against the Iranian nuclear program and especially for the appointment of a Jewish rabbi for the first time in Riyadh, which gives renewed vitality to the Abraham Accords and the economic peace process in the Middle East in the face of Iran’s extremism and state-sponsored terrorism,” he stated on his Facebook page.

According to Kara, “The new Middle Eastern dream that we spoke about and dreamed about is coming true today without threats and without the need for red carpets. With creativity, determination and faith, the State of Israel is joining many countries in the Abraham Accords.”

In conclusion, Kara stressed, “The State of Israel must continue to not spoil and not stop this process that was initiated by your predecessors, who stopped the visits to Abu Mazen. The Road Map must not be revived under this new government.”