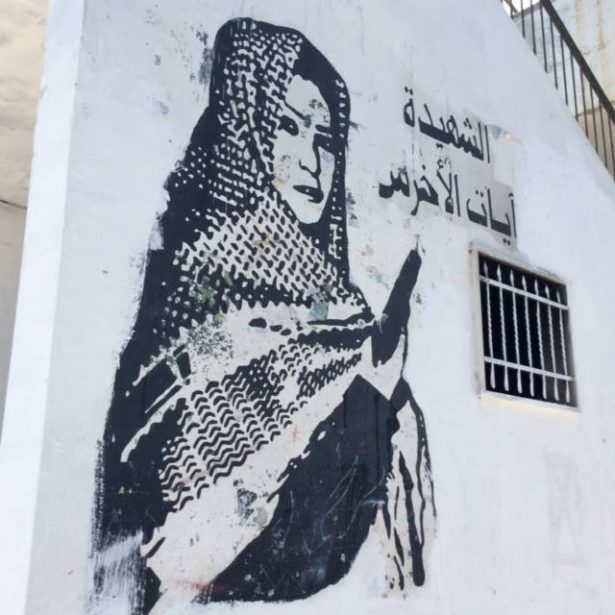 I recently visited Portland, Oregon, which is a bastion of radical left-wing activism in America. Upon my visit there, I saw that a vegan restaurant named VTopia had a “Free Palestine” sign outside. Apparently, in the eyes of the restaurants’ owners, Israel is an apartheid state that is oppressing the Palestinians, as the Palestinian Forum, a group of Palestinian organizations worldwide, recently issued a statement proclaiming that they would fight against the existence of Israel as a Jewish state for such a concept is “racist and apartheid.”

There are some in Portland who would agree with them. It is the capital city of Antifa and the local university, Portland State University, is full of Black Lives Matter supporters. The Movement for Black Lives, part of the Black Lives Matter movement, put out a statement proclaiming: “We demand that the Biden administration impose sanctions until Israel stops its apartheid practices and settler colonial project.” Yet, these same people did not care that the Palestinian Authority, Iran, Iraq, Yemen and Afghanistan consider themselves Islamic states. Furthermore, there are no restaurants in Portland with signs outside that read “stop gender apartheid in the Islamic world.”

Claims that Israel is an apartheid state are outrageous. Ra’am, an Arab party, is part of the governing coalition in the Jewish state. Israel’s present Minister of Finance Hamad Amar is Druze. Israel’s Regional Cooperation Minister Issawi Frej is a Muslim Arab. There are Muslims, Christians, Circassians and Druze who are proudly serve in the IDF. Israeli Arabs and other non-Jewish Israelis are represented in every profession, from the Knesset to the media to the medical field to hi-tech to university professors, etc. Yet, there is little doubt that the Islamic world is dominated by gender apartheid, and the radical leftists that I encountered in Portland just don’t care about it. But they should.

Iranian human rights activist Kaveh Taheri stated in an interview: “Women in general have problems in all the countries controlled by Sharia law. The illegal judicial systems often victimize women in the Islamic countries. Adultery is a capital offense under Sharia law and is punishable by stoning, hanging, and flogging. In countries like Pakistan, Yemen and Iran, stoning is legal.”

In fact, an Iranian man and his illegitimate lover were recently sentenced to be stoned to death for adultery. According to the National Council of the Resistance of Iran: “Should a woman enter a public space without hijab, or ‘proper’ covering, flogging is a possible consequence. Depending on the ‘severity’ of the ‘crime,’ she may receive several lashes or several dozen.”

In Afghanistan, the Taliban recently barred women from traveling more than 45 miles without a male chaperone. According to Human Rights Watch, the Taliban also banned women’s sports, banned women from most jobs, and has kept women out of the universities since they came to power following the US withdrawal from Afghanistan: “The Taliban have systematically closed down shelters for women and girls fleeing domestic violence. They abolished the Ministry of Women’s Affairs and handed over their building to the Ministry of Virtue and Vice, which was responsible for some of the Taliban’s worst abuses against women during their previous rule.”

In Iraq, there are no laws protecting women from domestic violence and there is a 1969 penal code that permits rapists to escape punishment if they marry their victims. Since 2010, women’s rights activists in Iraq have been trying to change that, but the draft law that they would like to pass has been blocked by the Islamist parties. However, I don’t see many radical leftist anti-Israel activists in Portland speaking out against the gender apartheid in countries like Iran, Afghanistan and Iraq.

More interestingly, people who claim to champion the Palestinian cause and want to “Free Palestine” literally ignore the gender apartheid that Palestinian women suffer in Gaza. Women in Gaza are legally barred from riding motorcycles, smoking in public, learning to drive in the presence of a man, using a male hairdresser and even submitting complaints of incest. On top of that, Gazan women are forbidden from going to the beach or a restaurant unless they are accompanied by a male chaperon. In fact, even mannequins in women’s clothing stores are required to be dressed modestly.

To add insult to injury, Hamas took the liberty to ban both International Women’s Day and an UNRWA marathon that permitted women to participate. From age nine onwards, all schools are gender segregated in Gaza by law, even if the schools are privately owned, Christian or run by the UN. Furthermore, male teachers in Gaza are forbidden from having female students. This has put female participation in the Gaza workforce at an all-time low.

Women are also largely excluded from the Hamas political leadership. The Hamas-run Filistin publication justified this policy as follows: “Women are the fastest transmitters of epidemics. […] Therefore, they must understand that the duty of protecting the life and health of society is greater than other duties that can be performed in less harmful ways. Also, we cannot avoid mentioning the advantage of the niqab, worn by devout Muslim women, in protecting them from contagious diseases.”

I would take it further and add that many Muslim countries like Afghanistan, Pakistan and Iran are no better than the Arab countries when it comes to implementing gender apartheid. In fact, in some instances, they may be worse.

And still, the radical left, which claims to champion women’s rights, turns a blind eye to it, preferring to go after the one and only Jewish state. The famous Soviet dissident Nathan Sharansky once said, “When criticism of Israel is applied selectively; when Israel is singled out by the United Nations for human rights abuses while the behavior of known and major abusers, such as China, Iran, Cuba and Syria, is ignored; this is antisemitism.”