Report: With ISIS On the Move Again How Will Their Global Activities Affect Israel? 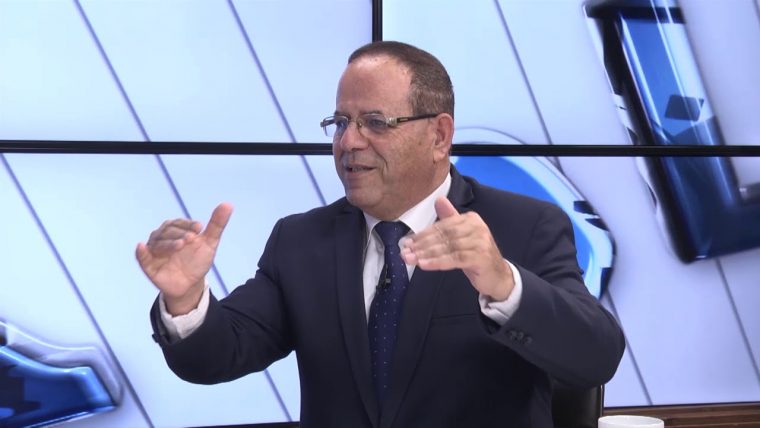 In recent weeks, as the international community is preoccupied with how to cope with the omicron variant of the coronavirus, the Meir Amit Intelligence and Information Center reported that ISIS has increased its attacks across the world: “An infographic published by ISIS summing up its activity around the world in the period between December 2 and December 8, 2021, indicates that in this period, ISIS carried out 45 attacks in its various provinces in Asia and Africa, compared to 35 in the previous week. The largest number of attacks was carried out in Iraq (16).”

For example, in Kabul, ISIS activated IEDs which resulted in the explosion of three buses, killing and injuring many Shias. In another instance, a Nigerian military base came under attack. And in Iraq, ISIS terrorists have been fighting against Kurdish Peshmerga. In one instance, “ISIS took over a village in Northern Iraq.” Although the Kurdish Peshmerga took back the village the next day, fighting continued between the Kurdish Peshmerga in Iraq and ISIS.

“ISIS’s Al-Naba’ weekly published an infographic summing up ISIS’s activity against the Kurdish Peshmerga forces between November 27 and December 5, 2021,” the Meir Amit Intelligence and Information Center reported. “According to the infographic, in the period in question ISIS carried out four attacks against the Peshmerga forces, two in the Diyala Province, one in the Kirkuk Province, and one in the Dijla Province (northwest of Kirkuk). A total of 23 people were killed in the attacks, and 14 were wounded. Four of the casualties were officers. The attacks targeted Peshmerga positions and forces. In two incidents, forces arriving on the scene to provide assistance were attacked as well.” The Syrian Kurdish Peshmerga have also been battling against ISIS as well.

Ayoob Kara, who served as Israel’s Communication, Satellite and Cyber Minister under Netanyahu, concurred with the report from the Meir Amit Intelligence and Information Center: “ISIS is dominant today in Sinai, Syria, Afghanistan, Iraq, etc. They do all kinds of actions. It is the same ISIS. They are not successful and don’t got power like in the past, but they got millions of people in their hands, nevertheless.” The question remains, is it possible that one day the ISIS threat will re-emerge front and center and will at that point pose a threat to the State of Israel?

Prominent Middle East scholar Dr. Mordechai Kedar thinks so: “They are against the existence of Israel no doubt.” However, he stressed that Israel is not ISIS’s focus right now: “They are against the Iranian influence. They hate Iran and the Shia more than the Jews. Iran is more threatening than Israel. Israel does not occupy Iraq, Syria, Lebanon, and Yemen. Because the Jews and Israel is the further enemy and Iran is the closer enemy, the closer enemy must first be dealt with before the further one. This is how they chose when to fight in a conflict. But right now, Israel is not the focus. They are dealing with other issues.”

Iraqi lawyer Ammar Al Hamadani indicated that although ISIS hates Shias and is now fighting against Iran for control of the region, Iran and ISIS do cooperate when they fight against common enemies: “ISIS began in Iraq and Syria and extended its influence to Egypt, Libya and Africa. After they succeeded to control one third of the area of Iraq and Syria, we learned that ISIS is secretly supported and armed by the Iranian regime, which makes it a tool in the hands of the Iranian regime to attack the State of Israel in the future. The Israeli government must remain vigilant about the threat of ISIS despite its weakness at the present time, as they still have sleeper cells that can attack any target in the world including Israel.”

A Baloch dissident, an Iranian people who live mainly in the Balochistan region, located at the southeasternmost edge of the Iranian plateau, encompassing the countries of Pakistan, Iran and Afghanistan. who spoke on the condition of anonymity warned that Afghanistan could soon be a base for ISIS terrorism like it was for Al Qaeda in the past as ISIS is offering $270-$470 per month to jobless youth in the country in exchange for joining the brutal terror organization: “Everyone is now joining ISIS for it can pay the wage of a person. It is really concerning in Afghanistan. Everyone is joining, even Taliban fighters who don’t have bread to eat. We have just heard maybe 120 Taliban surrendered to them for they don’t have food to eat or anything.”

The dissident noted that the American withdrawal and the subsequent collapse of the government have created fertile breeding ground for ISIS in Afghanistan: “The Taliban has collapsed and they have literally joined ISIS. They are strong in every part of Afghanistan. ISIS is killing off the Taliban. They are targeting the Taliban in every corner, especially Kabul. Now, Pakistan is supporting ISIS in their struggle against the Taliban.”

According to Dr. Kedar, “ISIS turned on the Taliban because they made an agreement with the Americans, and this makes them illegitimate in the eyes of ISIS. There are Taliban that want Afghanistan to be accepted by the world and this is something that ISIS cannot take.” So, ISIS is now trying to overtake Afghanistan and can one day transform it into a terror base like they did in Iraq and Syria in the past.

However, even though ISIS was supposedly defeated in Syria and Iraq and the Meir Amit Intelligence and Information Center noted a downward trend in ISIS activity in Syria, Syrian dissident Daad Essa Mamary proclaimed: “ISIS is still a dangerous threat to Israel and the Syrian people. ISIS is still everywhere. They are starving the Syrian people for everything. Nobody can talk. Nobody can walk. They are a danger to Syrian human life. Even though we are in America, me and my kids are in danger. My daughter lived in Homs and her home was hit by a big missile. My son went back to visit friends and was investigated. Syria is nothing but a graveyard. The government and the Islamists want the people dead. There is no food, no gas, no electricity, no heat, no nothing. Syria is dead and dying.”

Iraqi Kurdish Professor Abdulrahman Karim noted: “ISIS still poses a serious threat in Iraq and especially near the Kurdistan border areas. ISIS has recently attacked Kurdish security forces in several places such as Makhmour and Altunkopri. Also, they attacked the Kurdish villages that are located between the Kurdistan region and Iraq.”

According to him, “These attacks have created a panic among the Kurdish people, and we have asked the Iraqi government and Kurdistan Regional Government to enhance security measures against the terror group. Kurdish political observers believe that the attacks on Kurds have a religious and nationalist dimension because ISIS believes that the Kurds are unbelievers and anti-Arab. The observers believe that ISIS must be uprooted in the area by military action and via education. Otherwise, everyone everywhere will pay the price.”