Economic Peace Center > Articles > Kara: I am ashamed of those opposed to economic peace!

Kara: I am ashamed of those opposed to economic peace! 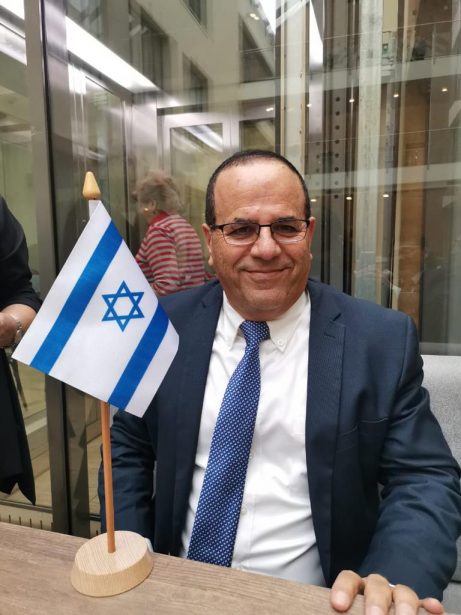 Former Israeli Communication Minister Ayoob Kara proclaimed, “We would like to thank the businessmen from Hebron and Israel, who participated in the Ramadan meal organized by the Judea and Samaria Chamber of Commerce. The dinner was held at the home of the bureau’s representative, my good friend Ashraf Jabari.”

The former Israeli Communication Minister made this statement after Palestinian Media Watch reported that Arab residents of Silwan have called to excommunicate and put on trial any Muslim who sells land to Jews. According to the report, presently, anyone in the Palestinian Authority who tries to sell land to Jews will be sentenced to 5-year imprisonment with hard labor and anyone who sells land to Jews will get life imprisonment with hard labor.

The head of the Supreme Muslim Council and the preacher of the Al Aqsa Mosque Sheikh Irima Sabri proclaimed in Al Hayat Al Jedida: “The land of Palestine is entrusted to all Muslims and Allah will demand an accounting from anyone who relinquishes a grain of soil from its pure and blessed land.”

Shariah Judge Nasser Al Qirem added on PA TV: “Allah brought down a Sura called Al Isra. In it, God Almighty emphasizes to all humanity that this land is a pure right of its Muslim owners, the people of Palestine. This event (the Night Journey of the Prophet Mohammed) and this Sura came to emphasize a fundamental truth regarding our birthright and our exclusivity to this land.”

According to Palestinian Media Watch, these sentiments were reinforced by the Fatah Commissioner for International Relations Rawhi Fattouh, who called Arabs that sell land to Jews “traitors to the religion, the homeland and the people.” The report claims that the Arab residents of Silwan seek to adapt this official PA policy.

“I am ashamed of those who are opposed to the economic peace,” the former Israeli Communication Minister added. “Now, no one will be able to stop the Covenant of Abraham, which was established thousands of years ago in Hebron and now is being re-established. We know that more countries will soon join the Sons of Abraham Alliance.”