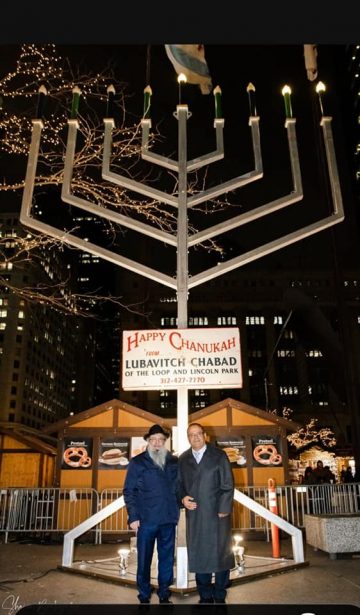 During his recent visit to Florida, Ayoob Kara, who served as Israel’s Communication, Satellite and Cyber Minister, stated in a talk at Citizens for National Security: “The Israeli and American governments are coordinated in their opposition to the Abraham Accords and are not enthusiastic about them, even though more countries are ready to sign agreements.”

He added: “The US must know that the war in the Middle East is not between Iran and Israel and not between Shias and Sunnis. It is a war where the Shiites want to reconstruct their history, occupy and change the identity of the region, and use Israel to conquer the Arab world to realize their ambition to rule the entire world.”

Kara proclaimed in the talk: “The Arab Spring mistake must not be repeated. Returning to the Iran deal means returning to radical Islamism and terrorism. Sanctions on Iran must be intensified until the mullahs are overthrown and this will save the world from a third world war. Any further agreement strengthens the Sons of Abraham Alliance and crumbles the ayatollahs regime. There are new voices in Iraq, Libya and even Syria that seek to strengthen the Abraham Accords which I was the first to believe in, recognize and act for.”

While in Florida, Kara met with Congressman Mike Waltz, the first green beret to serve in Congress, and made it clear to him that the right way to stop Iranian aspirations to take over the Middle East especially Syria depends upon the Abraham Accords and making an agreement with the Palestinians is not the solution, as Iraq and five other states are on the way. He told him that US support for the Abraham Accords is currently unconvincing and urgently needs to be changed, so that these agreements can move forward and be signed.

According to Kara, “”The State of Israel is not Bennett, Michaeli and Abbas. The state of Israel is me and every citizen in Israel. We will not wait for approval to work for Israel. We sacrificed enough for it, so as not to let it be destroyed with hatred. We will preserve and promote economic agreements with the Gulf states.” While in Chicago, Kara met with the Katsnelson family, who discussed establishing three more medical centers in the Middle East, with one in Dubai.

In Chicago, Kara met with Kurdish dissidents from Iraq: “The Kurds mentioned at the meeting the Holy Places for the Jews guarded by Kurds, and especially the Tombs of the Prophet Mordechai, Daniel, Younes, Nahum (in the City of Elkosh) and others, adding that the Jews had a State of Al-Khadibia led by Queen Helen Arbil who was very supportive of Jerusalem.”

According to Kara, “The Kurds are true friends of Israel. We did a lot for them in the Netanyahu government and even today my dream is to see the Kurds with Iraq overcome Iranian pressure, and following the recent elections in Iraq, to become part of the Bnei Avraham Agreements.”