Kara condemns Bennett for declaring UAE to be “red country” 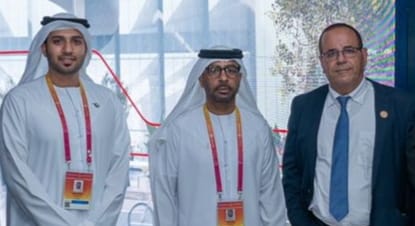 In an exclusive interview, Ayoob Kara, who served as Israel’s Communication, Cyber and Satellite Minister under the Netanyahu government, condemned the Bennett government for declaring the United Arab Emirates to be a red country: “I think the declaration that Dubai is a red state does not help the peace process. More than six months ago, the past government was in the same situation. They did not agree to say anything against the UAE. Now, Israel says that is a red state.”

“The Israeli government attacks the economic process that began since the Abraham Accords,” Kara charged. “This is a bad situation. Most Israelis trust the government in Dubai, and we are in the process of making more agreements. What the government is trying to do is disrupt this process. They want to go back to the Road Map and the Palestinian issue. For this reason, they destroy something that we worked on successfully for years. This government did not support the Abraham Accords. Also, in the last agreement, Bennett did not support. I think they try to do steps to stop the relationship.”

In recent days, Kara just got back from Abu Dhabi in order to work on establishing a Center for Commerce in the United Arab Emirates: “We give solutions for companies, factories, etc. that want to move to the Gulf states. We give them support and information, as well as funding. We give them everything so that they can be successful. Anything that is necessary for them to start, they can ask us and we give them the process to help them in every area that is necessary. This is something that supports the Abraham Accords Agreements. These people that come to invest prevent the destruction of the Abraham Accords and there are a lot of people that want to destroy the Abraham Accords.”

When Kara attempted to leave Dubai, he and many other Israelis suffered in the process of getting back to Israel due to the omicron variant and the Israeli government’s policy on how to deal with it. On December 16, he wrote on Facebook: “I am saddened to report that hundreds of Israelis are currently helplessly walking around the Airport in Dubai, because the Israeli airlines, especially Arkia, Israel’s second largest Airline, are delaying flights back to Israel. After waiting for long hours, passengers are not being told even an estimated time to board a flight this evening, after arriving at the Airport at ten in the morning!!!”

According to Kara, “Unfortunately, upon arrival, water was not served to the pilots and, no minimum accommodations were offered to passengers. Instead, Bennett’s visit here confirms the increased tourism flooding to Dubai from Israel, while the flights of Israeli companies are now at the lowest level of accommodation in the world. I very much support Israeli companies, but if this situation is not rectified, I will seek the services of foreign companies!!! Israel can do better!!!” Kara noted in contrast to Israeli airlines, “Since the Peace Agreement was signed, flights led by Flydubai, have not been delayed for a minute!”

Kara claimed that the labeling of the UAE as a red country is not the only step that the Bennett government has taken in fighting against the Abraham Accords, as they also are attempting to put an end to a pipeline that would go from Dubai to Israel crossing over Saudi Arabia: “This agreement would benefit Israel and they are trying to stop the agreement.” While Bennett’s government claims that they are trying to put an end to the project due to the environmental degradation caused by a recent oil spill in the Mediterranean and fears that the same thing could happen in the Red Sea, Kara claims that such arguments are merely excuses, “They don’t like this agreement for they want to focus on the Palestinian issue. That is the real reason. So, they look for different excuses to stop the relationship and don’t help with anything. They could find a solution for environmental concerns if that truly was the issue. The same can be said for dealing with the new variant of corona. In the past, we could not imagine that there would be cooperation between the UAE, Saudi Arabia, and Israel. Thus, peace is more important than anything.”