How an independent Kurdistan can help Iraqi Jews? 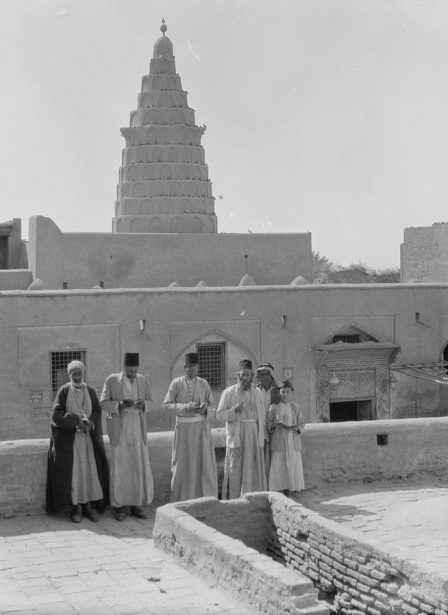 Sirwan Mansouri, a Kurdish journalist based in the Middle East, stated in an exclusive interview: “Jews have been present in Iraq since about 700 BCE. In 1947, they constituted about 2.6 percent of the population of Iraq, but their percentage declined to about 0.1 percent by the year 1951, that is, three years after the announcement of the establishment of Israel.

According to him, “The Jews of Iraq say that the Iraqi government issued a decision in 1950 to revoke their citizenship in an unfair way, and that the government of Nuri Said during the monarchy made matters worse when, in October 1951, it issued a law freezing the funds of those whose nationality was revoked, which adversely affected them. The majority of Iraqi Jews immigrated to either Israel, the United States or Britain.” In fact, most of them had little more than one suitcase, as most of their valuables were confiscated.

Nevertheless, Mansouri noted that in the wake of the Abraham Accords, “Members of the Iraqi Jewish community are trying to revive their connection with their historical roots and return to Iraq, especially through the Kurdistan Region, which opened their doors to them years ago within the framework of the freedoms granted to the different religious sects.”

He added: “Kurdistan is the only region in Iraq that all religions and their followers have the freedom to perform their religious ceremonies. Unlike the other parts of Iraq that have been involved in civil wars, Kurdistan enjoys peace and tranquility and has protected itself from the extremists surrounding it. The KRG government has tried to protect religious minorities especially Jews by law. The Jews have their own freedom in Kurdistan, more than in any other part of Iraq and they are part of that society.”

Sherzad Mamsani, the former head of Jewish affairs in the KRG, proclaimed: “An independent Kurdistan means the freedom and independence of all religions in the region. For us as Kurdish Jews, the independence of Kurdistan means saving 3,000 years of Jewish history in Mesopotamia. Inside Kurdistan are the tombs of the prophets of the children of Israel, such as Nahum, Daniel, Ezra, Mordechai and Esther. There are hundreds of synagogues, archeological sites and properties.”

According to him, “An independent Kurdistan means the revival of the Jewish religion after 70 years in this land which our Jewish people have lived for more than 3,000 years in coexistence without enmity, war, looting, displacement, killing and ethnic cleansing. An independent Kurdistan means changing the geopolitics in the Middle East and legitimizing the State of Israel. Indeed, it is not a coexistence that the Kurdish struggle in the region is constantly considered by opponents in the region as a project for the establishment of a second Israel.”

Mamsani continued, “The Kurdish people are religiously and nationally moderate and have always proven their ability to coexist peacefully with others. For this reason, there are common cultural and historical relations with various religions, including Judaism, which is embraced by a significant portion of the Kurds in various parts of Kurdistan and in Israel. These common historical and national cultural relations will make an independent Kurdistan a strategic friend of Israel. Kurdistan, with its rich natural resources and strategic, will form a strong and influential axis in the region and in the world, for the benefit of the two peoples and in the service of stability, peace and civilized progress.”

He stressed, “In an independent Kurdistan, Judaism will be recognized as an official religion, just like other existing religions. The Jews will consider Kurdistan as their second state, will be viewed as first-class citizens, and relations with the Jews of Israel and the world will be strengthened. Thus, the chauvinists’ dream of a “second Israel” will be fulfilled.”

Dr. Ibrahim Sadiq Malazada, a professor at Soran University, emphasized: “Coexistence was and still is one of the basic features of Kurdish society. The plurality that exists today in the villages and towns of Kurdistan is clear evidence of this coexistence, and of the tolerance of the Kurdish person in all its sects and diversity. Islam when it crept towards the Kurdish society and was able to impose itself on the majority of the Kurdish people, in addition to the evidence that it was a difficult process and took tens, if not hundreds of years, with that this process was not free of violence, coercion and atrocities. However, the traditional Kurdish religions such as the Yarsanis, the Yazidis, the Alawites and even Zoroastrianism, in addition to the Abrahamic religions such as Christianity and Judaism, were able to prove themselves against the Islamic advance for hundreds of years.”

According to him, “Even with regard to the new religion, the Kurds accepted it, according to the Kurdish vision, within the Sufi orders, which became a religious feature in Kurdistan, as well as in some of its descriptions, they meet with the old Kurdish religions. There is no valley of Kurdistan in which we do not find villages and places inhabited by one of the aforementioned religious minorities.” In fact, Dr. Malazada noted that following the Shias and ISIS taking over Iraq, “thousands of Christians, Mandaean and Baha’is who were living in central and southern Iraq, left their homes and crawled towards Kurdistan, and found protection and shelter in the midst of the Kurdish community.”

Interestingly, Dr. Malazada claimed that the Kurds also played no role in the Farhud Pogrom and the subsequent deportation of Iraqi Jews: “This deportation included the Jews who were present in Kurdish cities and villages, because Kurdistan at that time was under the control of the Iraqi army, which committed crimes not only against the Jews but against the Kurdish people in the sixties, seventies and eighties. I met many Kurdish Jews who left Kurdistan in the fifties of the last century, but I did not hear from them that there was pressure or improper treatment by the Kurdish Muslim citizens. Rather, all the pressure came from the authorities who forced them to leave the country, never authorized to return to Iraq, who seized their movable and immovable property. And there are still accusations by the Iraqi Arab parties and personalities against the Kurdistan Regional Authorities, that they are dealing with the Jews and permitting them to return to Kurdistan for business and political activities.”