How will the Ukraine situation affect Azerbaijan? 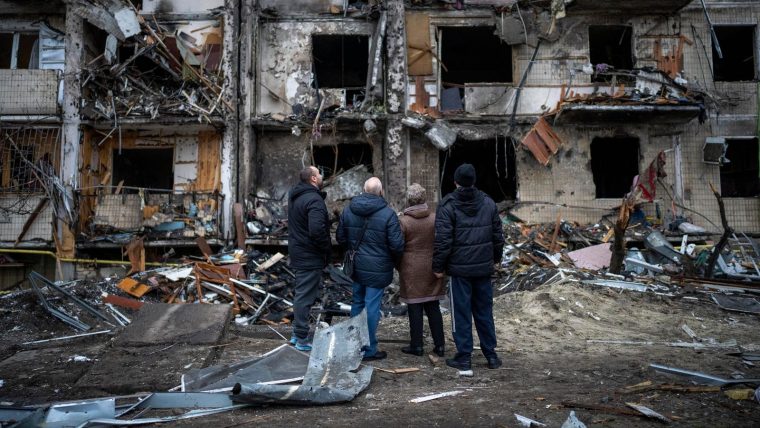 “In this very difficult time, when the conflict is erupting in Ukraine and the global security is in danger, it is time for the two parties to accept the invitation of President Ilham Aliyev to come to Baku for a peace process,” Abdulaziz Altwaijri, former Director General ISESCO, told the Azerbaijani media.

The question remains, how will all of these developments affect Azerbaijan, a country that like Ukraine was formerly part of the Soviet Union and enjoys a positive relationship with the West? Although Azerbaijan is not a member of NATO, Azerbaijan is one of five countries in the European Union’s Eastern Partnership Program. And Azerbaijan sent some humanitarian aid to the war-torn country, a gesture that was appreciated greatly by Ukraine’s President. Yet at the same time, overt support for Ukraine is very risky for any former Soviet state these days.

Prominent journalist Thomas De Waal claimed in Carnegie Europe: “Azerbaijan balances uncomfortably between Russia and Ukraine. The optics were horrendous for Aliyev, but it did provide him with some guarantees. The first point of the agreement (id est statement signed between Azernaijan and Russia) talks of territorial integrity and ‘adherence to the principles of non-interference in each other’s internal affairs.’ This, together with a much tighter agreement with Turkey, has bought Aliyev an insurance policy of sorts.”

Yet according to him, “Azerbaijan is more vulnerable in the economic sphere. The agreement binds Baku to Moscow more closely, containing a lot of language about economic cooperation, which could make Azerbaijan an escape hatch for Russian companies trying to avoid Western sanctions.” It should be stressed that there are reports that Russia is already using neighboring Armenia in this way.

Furthermore, De Waal noted that “there is a pledge to ‘refrain from carrying out any economic activity that causes direct or indirect damage to the interests of the other Party’ that, on paper at least, seems to give Moscow a say in Azerbaijan’s future energy projects.” But on the other end of the coin, Azerbaijan did offer to fill Europe’s energy void, should Russian gas be cut off over the conflict.

In fact, Azerbaijan was one of two countries to not show up to the Council of Europe vote to expel Russia. Indeed, the entire community of nations stands to lose much, if this conflict continues.

Although Azerbaijan is neutral, Azerbaijan like many other countries will likely suffer from either price hikes on grain or bread shortages if the war in the Ukraine continues for too long. In 2021, Azerbaijan was listed as a top buyer of Russian grain, purchasing 0.7 tons of grain from Russia in 2021. Already, the global supply of grains has been adversely affected by the war and this trend will continue so long as the war does, as both Russia and Ukraine supply many countries with grain.

According to the Azerbaijani media, Russia is Azerbaijan’s main trading partner, accounting for 71% of the total imports and 51% of the total exports to the country. This means that international sanctions on Russia are not helpful for the Azerbaijani economy. Rashad Asanli, an Azerbaijani economist, claimed: “ If the process drags on for several months, then in the next 3-4 years, purchasing power will drop sharply. Large farms and business entities will suffer losses from this to a greater extent.”

Fuad Shahbazad wrote in the World Politics Review that Azerbaijan has always tried to pursue a balanced policy between Russia and the West, hence why they offered to be a mediator between Russia and the Ukraine. He also noted that from an Azerbaijani perspective, the agreement is mainly designed to address the Russian peace-keeping mission in the Karabakh region: “That mission still lacks a clear mandate and although the new declaration does not directly address the issue, Baku thinks that it could eventually lead to more clarity on Russia’s role in Karabakh. Though framed as an alliance, the new declaration is written in general language assuring Baku’s friendly attitude towards Russia but falls short of specific obligations for either party. For Moscow, it was likely meant to ensure that Azerbaijan abstains from Western efforts to isolate Russia, including sanctions imposed by the US and European Union, following the invasion of Ukraine.”

However, the conflict will also adversely affect the wider Middle East region. Sirwan Renas, an independent researcher, stated in an exclusive interview: “Whether Russia can take over Ukraine or not is uncertain at this point. The Ukrainian stiff resistance, coupled with a united and strong backing of the Western democratic countries, has surprised Russia. In the longer term, however, one can imagine two possible scenarios: first, Russia will take over Ukraine and pay the economic costs of its invasion. In this case, the US would be considered a declining power. In the second scenario, if Russia fails to take over Ukraine, and even though the Western powers’ sanctions against Russia will hugely damage its economy, Russia will probably target the US interests in the Middle East more aggressively. Once again, the regional politics in the Middle East becomes more unstable. In short, one should expect more political instability in the Middle East in both scenarios.” In either case, this could make Iran and Armenia a greater menace to Azerbaijan, as the world would see US President Joe Biden’s weakness in the face of Putin.

The Hebrew version of this article originally appeared in Makor Rishon.