Killing in the Name of Honor in Kurdistan 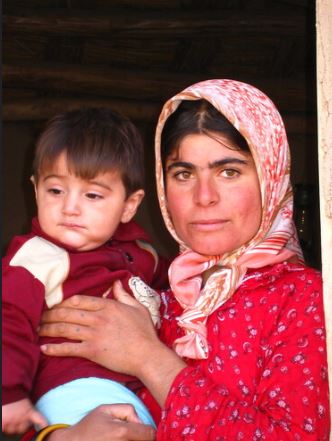 As the world is preoccupied with the crisis in Ukraine and COVID, a 15-year-old Kurdish girl was killed by her father for going out with two people, Rudaw reported recently. She is one of 11 Kurdish girls to have been officially killed in an honor crime in Erbil, Sulaimanyah, Koya and Duhok since the year began. The actual toll is expected to be much higher.

Following the incident, KRG’s Deputy Prime Minister Qubad Talabani stated: “It hurts to live in a society where men think it is normal to threaten, torture and kill women. What is more painful is the shameless demeaner of our society.” The Kurdistan region like many other areas in the Muslim world suffers from a high-rate of gender-based violence. Although the situation has improved since the Kurds obtained autonomy, there is still much work to be done to battle honor crimes in Kurdistan.

In an exclusive interview, Zhiar Jalal, the director of social care at the Ministry of Labor and Social Affairs in Sulaymaniyah, claimed that despite Kurdistan’s alliance with the West, violence against women still plagues Kurdish society: “We women first came into the world as human beings but then society and its traditions produced gender discrimination and created a world of injustice and threats. They put social bonds on women’s necks, which in reality not only deprived women of their rights and freedoms, but plagued all levels of society at the social, economic, administrative, political and cultural level. It stagnates our society, which is part of eastern societies that are largely influenced by this gender discrimination. This is the bitter truth.”

According to her, “We work as much as we can to investigate the cases of threatened women who take refuge in our shelters and try to protect their lives. We rely on available statistics. For example, in Sulaymaniyah in 2021, there were 242 cases of threatened women who were sheltered. We know that it is important, but at the same time, we need to know that these attempts do not address the level of the injustice and threats women face. On a daily basis, women are killed, commit suicide under duress, face disrespect, threats, physical and psychological torture. Most of it occurs within the walls of their homes and inside their families. It does not get media attention.”

She added, “It is clear to all of us that there is a male-dominated mentality in far too many homes, in offices and elsewhere in the workplace and public sphere that prevents women from taking a visible and expected role in improving society. Although compared to past decades there has been political progress, the restrictions and discriminatory tradition is still strong at the social level. When a woman returns home to her family, her freedoms are restricted.” And when she attempts to break free, she can end up getting killed in an honor crime.

According to Jalal, “The government has not succeeded to prevent honor killings in Kurdistan, even though there are many institutions and organizations that seek to protect women. The situation has deteriorated to a point that it has become an epidemic in the entire world including Kurdistan. It should be said that violence against women is equivalent to violence against all humanity. Kurdish society needs to stand united against this horrible phenomenon and show that this backwards mentality is not compatible with today’s society. The only way to save women is to change unequal laws that hinder the development of women, as this epidemic threatens the future of our society today and in the future.”