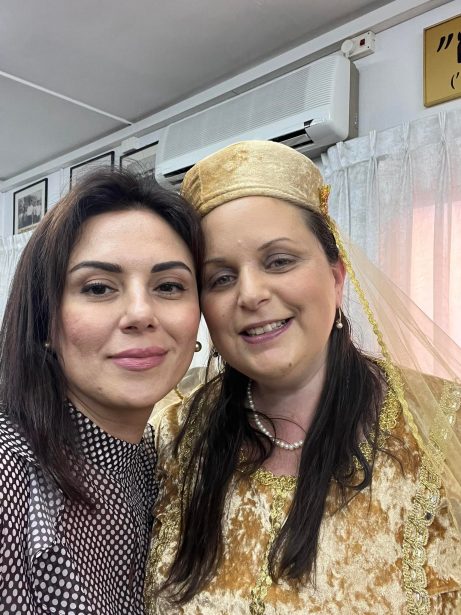 In the State of Israel, terror attacks and violence on the Temple Mount are an everyday occurrence. Here in the Jewish state, the idea of peaceful and tolerant coexistence between Jews and Muslims in our country appears to be a distant dream, which won’t come true in our lifetimes. However, in a Central Asian country that borders Iran and the Caspian Sea, Muslims and Jews are living quite a different reality.

In December of last year, vandals intentionally set a Chabad House in California on fire. The fire devastated the building, tearing through its very foundation. However, with the help of Nasimi Aghayev, the Consul General of Azerbaijan in Los Angeles, the Chabad House raised the funds needed to be able to rebuild their house of worship.

“I initially saw the news on my Facebook feed, and it saddened me to see the images of an utterly destroyed house of worship,” the Azerbaijani Consul General told Chabad. “I reached out to some friends in the Bay Area and asked them to connect me with the fire-damaged synagogue. I truly believe that people of different religious backgrounds should come to each other’s help and share solidarity in times of crisis. It’s true especially with regard to sacred sites, houses of worship. That’s how a genuinely harmonious society can be built.”

The Heydar Aliyev Foundation, which honors the legacy of Azerbaijan’s national leader Heydar Aliyev, reconstructed the Holy Mary Cathedral in Strasburg, France and restored the Saint Marcellino and Pietro’s catacombs around Rome for the Vatican. These catacombs are among the most significant monuments of the Christian world. It is rare to see Muslims renovate churches in Christian countries or Christians renovate mosques in Muslim countries. And the Azerbaijani government’s work assisting the cultural heritage of other faiths does not stop there. Azerbaijan also supports the preservation of non-material cultural heritage in African nations that are geographically and culturally far from Azerbaijan.

Due to the multi-culturalism policy pursued by the late Azerbaijani President Heydar Aliyev and his successor President Ilham Aliyev, Azerbaijan today is a multi-cultural society. Although the majority of the population is Muslim, there are also 400,000 Christians, over 50,000 Jews, and more. Zoroastrianism is also highly regarded in Azerbaijan, with Novruz being a national holiday for the nation. Furthermore, the Heydar Aliyev Mosque in Baku is the only mosque in the world where Sunnis and Shias pray together in unison.

Azerbaijan’s national leader Heydar Aliyev once said: “The multi-nationality of the Azerbaijani population is our wealth, our advantage. We value and will always preserve that.” His political vision had an important role in Azerbaijan’s development, which led to the creation of a nation that prides itself on celebrating religious and ethnic differences as a source of national pride. He led the nation towards an official state policy that seeks to support every ethnic and religious group in the country, believing that celebrating all ethnicities and religions together is what makes us great. Azerbaijan does not seek to assimilate its minorities like America and Europe in the past. Rather, they accept them the way that they are, viewing their culture and faith to be a valuable contribution to the country.

Thus, while Jewish students in America have to pay a fortune to go to private Jewish schools to learn Hebrew and to conduct Jewish funerals, all of these things are subsidized by the government in Azerbaijan. This makes it much easier for Azerbaijani Jews to maintain a Jewish life. In fact, when I went to Guba, I was surprised that many of the local Jews spoke better Hebrew than me, who has lived in Israel since 2009. This is because there, they study Hebrew from youth, instead of beginning to study the language in college at age 20.

After all, Azerbaijan is a country where most of the population celebrates Passover, Easter and Novruz in unison, wishing the members of each faith community greetings on their holidays and celebrating with each of them, as they view diversity to be a great asset that enriches their country. Indeed, Azerbaijan’s Nobel Prize winning physicist Lev Landau was Jewish, as was the physicist Gavril Ilizorov, the pianist Bella Davidovich, the writer Ella Leya, the chess grandmaster Emil Sutovsky, and more.

The Jewish community in Azerbaijan has greatly benefited from this reality. While Jewish students in American, Canadian and European universities suffer from systematic anti-Semitism, Jewish students studying on Azerbaijani universities do not. While many Jews in America fear wearing Star of David necklaces due to fears of anti-Semitism, Jews in Azerbaijan do not have such worries. In fact, it is so safe for Jews in Azerbaijan that the local Jews there do not even lock up the synagogues at night. Even the State of Israel is not that safe for Jews, as the riots on the Temple Mount and the recent series of terror attacks have demonstrated. Due to the benefits of Azerbaijan’s multi-culturalism policy, all of the ethnic groups including the Jews of Azerbaijan bravely fought in Azerbaijan’s Patriotic War and contributed to the liberation from the Armenian occupation.

Recently, the State of Azerbaijan has opened up a Mountain Jewish Museum in Guba, which highlights the rich culture, faith and heritage of this particular Jewish community that has been living in the region since antiquity. I had the privilege of visiting this museum before it was even opened up for the public. At this museum, I learned that with the sole exceptions of the brief invasion of the Iranian Nadir Shah and the Soviet occupation, there is no history of anti-Semitism in Azerbaijan. And even during these periods, the anti-Semitism came from foreign occupiers, not the indigenous population, as anti-Semitism is not part of the Azerbaijani culture.

Since Azerbaijan obtained its independence, the Azerbaijani government has been doing everything in its power to rebuild the Muslim, Christian and Jewish religious holy sites that fell into disarray under the Soviet occupation. The Jewish community of Azerbaijan includes various subgroups, mainly Mountain Jews, Georgian Jews, and Ashkenazi Jews, as well as Kurdish Jews, Bukharian Jews, among others.

Since April 1992, Israel and Azerbaijan have maintained strong bilateral relations, making the Asian country one of only a handful of Muslim-majority countries that have diplomatic relations with the Jewish State. Azerbaijan has forged a fruitful relationship with Israel despite the criticism from their Muslim neighbors like Iran.

The strategic relationship includes cooperation in trade and security matters as well as cultural and educational exchanges. Since then, Israel has been developing closer ties with Azerbaijan and has helped modernize the Armed Forces of Azerbaijan. Azerbaijan presently supplies Israel with 40% of its oil. In recent days, the relationship between Azerbaijan and Israel reached a new phase, with the grand-opening of an Azerbaijani Tourism Office in Tel Aviv. As we speak, they are presently organizing groups of Israeli tourists to come to Azerbaijan.

Today, it’s a sad truth that in many countries’ multiculturalism has failed. The diversity of people of different nations, cultures, races or religious views has become a real problem for many economically developing countries, but the reality is that it is still alive in some countries, especially in a place, where East and West meets and becomes one, a country that has the most colorful culture in the whole world. A country that hangs a multi-color flag, which combines the color blue for the nations Turkic origin, the color red to symbolize the West and the color green to symbolize Islam. This means that in Azerbaijan, tolerance and modernization are en par with Islam and the nation’s Turkic roots. None dominate over the other. And this is what makes Azerbaijan special. Thank you.