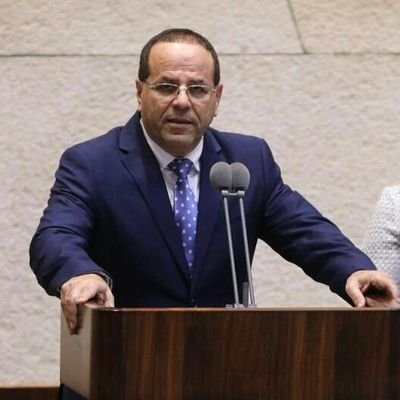 Ayoob Kara, MK in the 15th, 16th, 18th and 20th Knesset (The Israeli Parliament) for the Likud, was born in Israel in 1955.
Kara was discharged from the IDF with the rank of Major. He holds a Bachelor of Laws degree from the Ono Academic College and a MA in Public Policy from Tel-Aviv University.

He is a lawyer by trade and a lecturer on various topics.

Mr. Kara also served as Deputy Speaker of the Knesset.

In the 18th Knesset, Kara served as Deputy Minister of the Development of the Negev and Galilee in the 32nd government and was member of the Knesset Christian Allies Caucus and the Lobby for the Prevention of Illegal Immigration to Israel.

In the 20th Knesset, Kara served as Deputy Minister for Regional Cooperation in the 34th government and as a member of the Committee for the Appointment of Madh’hab Kadis (Druze judges).

On 23 January 2017, he was appointed Minister in the Prime Minister’s Office.

Honorable Kara is among few of the Israeli governments that holds excellent relations with Middle Eastern leaders including the Gulf and the Islamic world, and has gained the trust of many of the leaders of the Arab world and the world in general.

Mr. Kara’s other duties in government include:

For years, Mr. Kara has believed in peace based on economy and high technology interests in the region, and has established a bridge to Syria, on behalf of the Israeli government by marketing the “Golan-Apples”, including various products to Syria. With his excellent connections he opened the border between Israel and the Golan for humanitarian visits, and medical treatments for the sick and wounded. For that he earned the praise of the world and the United Nations.

While serving as regional cooperation minister, Mr. Kara brought in thousands of workers from Aqaba, Jordan to Eilat, and succeeded in promoting the “Canal of Seas” project from Aqaba to the Dead Sea.

During the year 2015, Honorable Kara recognized an opportunity for bridging diplomatic relations between Israel, the Middle East, the Gulf countries and the Islamic’s, as Iran became a growing threat to these countries. He initiated to promote a regional economic conference between the countries. Initially, he requested European sponsorship, and for that purpose, met with the French Prime Minister then, Emanuel Waltz as well as with more leaders within Europe. Eventually, Mr. Kara realized that only the United States could address such an opportunity, and following the election of US President Donald Trump, Honorable Kara met with him. This initiative led to the economic conference in Bahrain. The conclusion of that conference stated that there is a need for a informal, non political body to initiate and promote the economic initiatives from all sides.

Mr. Kara’s vision aims to apply the way of the people of Israel to honor and reciprocate regionalism regardless of belief, religion, race or nationality, but certainly while receiving and recognizing the State of Israel as a Jewish and democratic state.
Honorable Kara’s vision is to establish the Economic Peace Center to promote the peace between Israel and its neighbors in the Middle East, including the Gulf countries and the Islamic world. His vision is to build bridges for peace, while reaching mutual goals are via economic agreements, social welfare and regional economic growth across all levels between Israel and its neighboring countries, with an emphasis on the growth that will come from such cooperation.

Turning our vision to reality, we at the center, invest our efforts in: