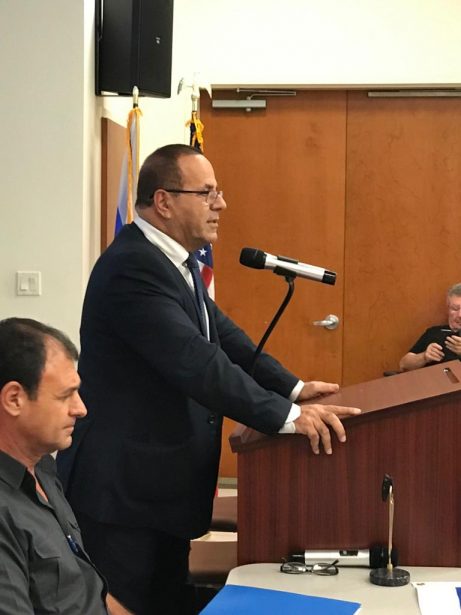 About a month ago, a report in Israel Hayom claimed that the coalition deal that Lapid and Bennett signed with Mansour Abbas stipulated that the allotment of the entire budget to all of Israel’s Arab communities would be done in coordination with the Ra’am controlled Committee for the Affairs of Arab Society.

According to the report, this was highly problematic, given that Mansour Abbas, Ra’am’s head, is the head of the Southern Front of the Islamic Movement and is known to have connections to Hamas: “Abbas met with Israeli attorney Ephraim Damri and asked that he represent the Hamas terrorists who massacred Ruth and Ehud Fogel and three of their small children in their beds in 2010. Abbas and his Ra’am colleagues have travelled to Ramallah to meet with Hamas terrorists.”

Unfortunately, in recent days, the Bennett government has implemented their coalition agreements with Ra’am and placed the budget for the development of the Druze nation under their control. In a recent Facebook status, Ayoob Kara, who served as Israel’s Communication, Satellite and Cyber Minister under Netanyahu, proclaimed: “With tacit agreement, under this government, our community returns to being part of the Arab sector.”

Kara is proud of every Druze that presently serves in the Knesset, but he expected them “to stop such a move like this that causes a grave injustice to our noble and special community. Four Druze MKs united, but in this union, they find themselves playing the violin under four Abbas MKs and even the coalition members among them did not appeal this delusional move.”

According to Kara, “This move reminds me that some MKs who originally supported the Nation State law in the end objected due to the fear of losing Druze votes, yet promised before the election to amend the law and I wonder why not do it today, even though the government depends on them. In contrast, I voted for the law since I was a member of the government, but in exchange for the government’s consent for a law similar for the Druze that the Druze themselves torpedoed.”

Kara believes that the Druze had it much better before Bennett became prime minister: “I had the right to establish an independent Druze administration in the previous government. I appointed a Druze CEO as its head, and I brought billions of shekels to the Druze under that administration. I am sorry that the Druze struggle for equality has gone down the drain.”

In an exclusive interview, Kara strongly condemned this development: “It is a very sad, black, dark day for the Druze of Israel for they do something in all the world that could not happen. They send the Druze nation, the Circassians and others who serve in the army of Israel to be administered by Mansour Abbas. This means that those who are loyal and support Israel must be underneath a committee that will be headed by Abbas and Abbas is going to make the decisions about the development in the Druze cities and villages.”

Kara claims that this has never happened before: “I cannot remember that the Druze of Israel were ever in this situation. Under Begin, the Druze had autonomy. Until this day, it never happened that any Arab would come and rule over the Druze. This means that those who are against Israel is now the leader. This is a paradox, as the Druze people are serving in the army, the police and everywhere. It is a very sad day.”